The story of Bhindi Jewelers began nearly 100 years ago

Our founder, Karsanji Bhindi, a fifth-generation goldsmith, emigrated from India to the Fiji Islands with the hope of sharing his craft. Karsanji opened a modest showroom in the Fijian city of Suva, which began to thrive. Since its inception, Bhindi Jewelers has demonstrated a commitment to superior quality and customer service which was personally embodied by its founder. 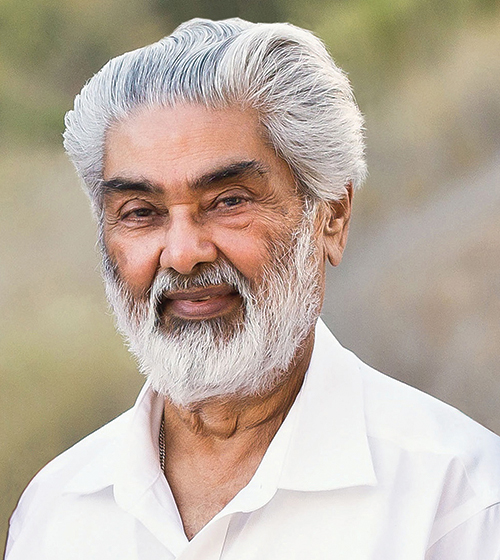 Karsanji’s three sons, Vinod, Jayent and Dhanesh, joined the family business and under the tutelage of their father to become masters of the gold jewelry trade. With the business well-established in Fiji, in 1975 the second generation decided to expand its operations to North America and opened its first jewelry boutique in Vancouver, Canada. In the 80’s the three brothers moved their families and operations to Southern California where the business flourished and has grown into what it is today with stores in Artesia and Glendale California and Atlanta, GA.

The legacy of Vinod, Jayent and Dhanesh Bhindi will continue as the present and future of Bhindi Jewelers will be navigated by the heirs of this Jewelry Empire.

This new team consisted of 6 members; Sanat, Ronil, Hitesh, Nikhil, Ketan and Ashwin Bhindi, all of whom are certified gemologists from the Gemological Institute of America (G.I.A). As the next generation of jewelers, the team has been thoroughly trained in the traditional ways of jewelry design as well as the manufacturing of unique hand-crafted items.

Each member of the third generation of the Bhindi family joined the business, bringing with him an individual and unique background. From a Wall Street corporate lawyer to a social media icon, each of the six members of the new generation bring a fresh perspective to a unified goal of carrying on their grandfather’s vision and entrepreneurial spirit.

Vinod Bhai emphasized that quality and service are the two main pillars of success for the Bhindi brand.

Bhindi Jewelers is proud to employ a diverse workforce, including people of all genders and age groups.

GET EXCLUSIVE OFFERS AND NEWS

You can find out more about which cookies we are using or switch them off in settings.

On our website, we use services (including from third-party providers) that help us to improve our online presence. The following categories of cookies are used by us and can be managed in the cookie settings. We need your consent before being able to use these services. Alternatively, you may click to refuse to consent, or access more detailed information and change your preferences before consenting. Your preferences will apply to this website only. You can change your preferences at any time by clearing your browser history/cache or visiting our privacy policy page.

By authorizing third-party services, you allow the placement and the reading of cookies and the use of tracking technologies required to keep our website reliable and secure.

Essential
These cookies are required to run available services and to provide basic shopping functions. These cookies are exempt from consent according to the exceptions provided by the Article 82 of Data Protection Act.
Personalization
These cookies provide a custom experience on our website.
Analytics and statistics
These cookies allow us to measure visitors' traffic. They help allow us to understand which products and actions are more popular than others.

Review and set your consent preferences for each partner below. Expand each partner list item for more information to help make your choice. Some personal data is processed without your consent, but you have the right to object.